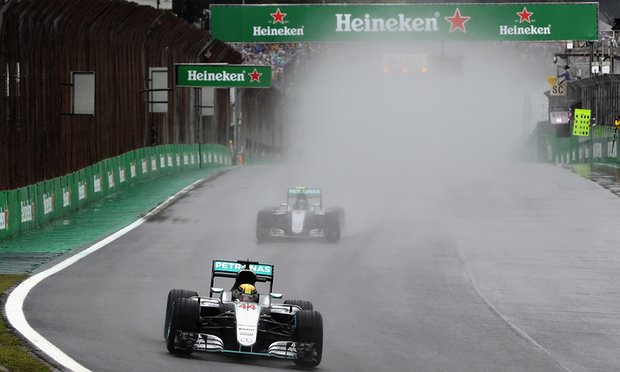 A breathless and chaotically wet Brazilian Grand Prix concluded with yet another Mercedes one-two at Interlagos, as Lewis Hamilton won to draw level with Nico Rosberg on nine wins apiece for the season. With five appearances of the safety car and two stoppages this was one of the wettest races ever witnessed, eclipsing even that title decider played out here in 2012. It added up to over three hours of high skill and considerable bravery.